Time for Sketchy Thursdays !  I love their sketches.  I browsed some that were already done, and somebody did a two pager...so I thought "what a great idea!".  I also needed to fit a lot of photos on these two pages, so I doubled them up :)  Here's the sketch: 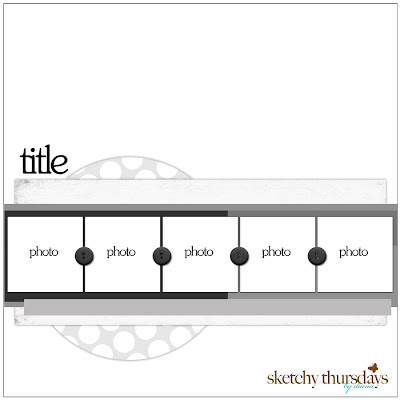 These are the first day of our trip for "Tattoo Highway", the original pilot episode that never aired.  We flew to Arkansas to pick up the bus we bought on Ebay from a gospel singing family: 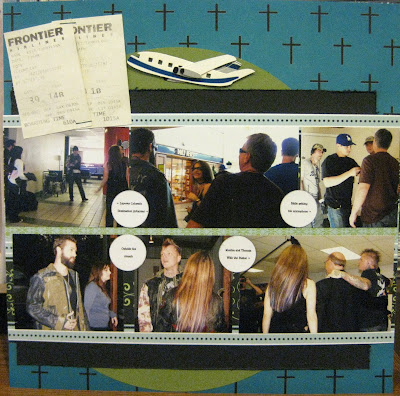 the first shows us at our layover airport, then the Little Rock airport (with the producer).  My husband getting "miked" (I don't know if that's how you spell that LOL!), and then the church where the family was performing that night. 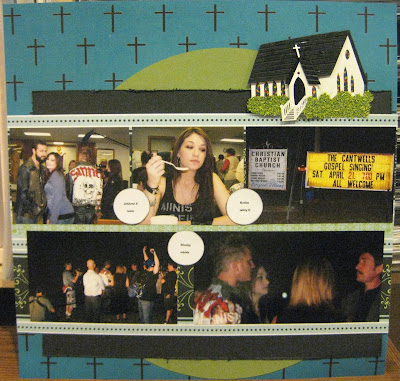 The second is all scenes from the church.  I tried to stay away from cameras, and as a scrapper would snap my photos from behind the scenes as often as I could :)
Posted by ShoppingTamii at 6:08 PM

Great way to alter the sketch to fit your needs! Wonderful layout!