Imaginisce has this sketch challenge on their blog: 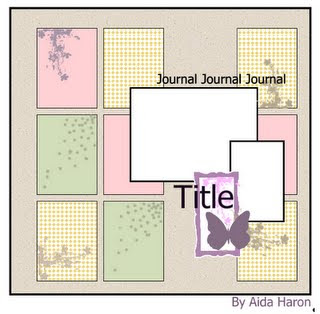 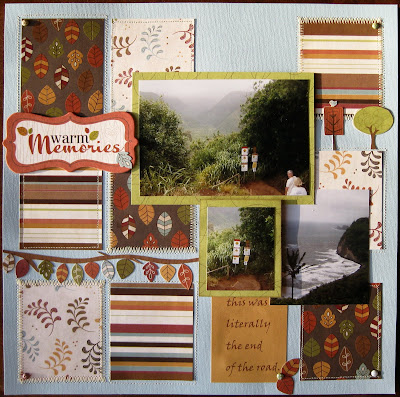 First, I have to say, I never thought I would use "fall" themed paper on a Hawaii layout!  All products are Imaginisce except the thread, the cardstock background, and the paper the title was printed on.
This was a series of errors that I made work in the end.  First, I wish I picked the slightly darker blue background paper that I originally pulled, but too late, I had already glued down the rectangles that I cut too small, and sewed with too light of a yellow thread, and because I cut them too short, I filled in between the bottom two with what is supposed to look like a leaf banner on a branch, ummm I tried LOL, then in between the top two, I hand journaled, but hated the way it looked,  so fortunately I had the chipboard "warm memories" to cover that, then I had used some epoxy letters for the title that didn't fit, but in removing them I messed the paper up a little, so I had to print the title on cardstock that kept having trouble going through my (old) printer!
But, in the end I ended up liking it anyway!  Thanks for looking!
UPDATE 9/10
I did a companion page to it based on this week's sketch at Sketch Inspiration : 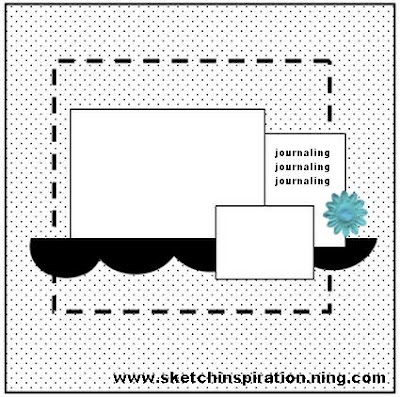 My take (and the green letters in person match the paper better than it looks in this photo): 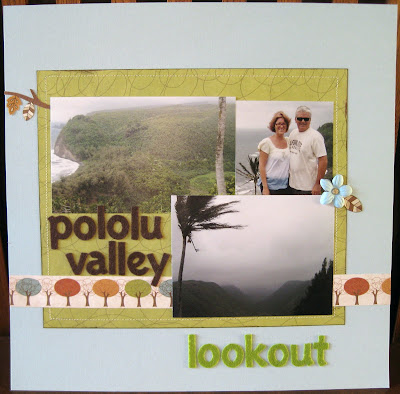 Posted by ShoppingTamii at 6:38 PM

Great LO's! I especially love the first one and all the little stitches blocks!

Amazing how well these colours work for so many different topics ... Love what you've done ... Thanks for playing along ...